Suffering from Low Self Worth? Get the Dopamine Test Done

HomeAdvanced Chiropractic Center BlogFunctional Neurology BlogSuffering from Low Self Worth? Get the Dopamine Test Done 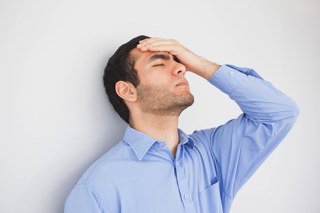 As a person suffers from a condition of worthlessness, hopelessness, low motivation and low self-esteem, it can lead to temperamental outburst. This is quite a common psychological issue which needs to be addressed. However, in many situations, when a bit low in brain chemical or neurotransmitter can lead to such symptoms.

Low dopamine symptoms – Do you have any of these symptoms?

All such symptoms can make your life miserable. They can cause problems in job, can lead to relationship problems and you might start losing the sense of life.

Dopamine is often linked to pleasure facts of the brain. Dopamine is needed to enjoy life, to feel rewarded and for motivation to have things done or the interest to do something fun. Dopamine helps to keep our focus. It helps in concentrating and helps in getting a task done. It also plays a positive role in libido.

Dopamine can help us in staying calm. It doesn’t let us lose temper. People who have low levels of dopamine often become aggressive and explode frequently and they regret it later.
Low dopamine also means Parkinson’s disease. It is also closely linked with different addictions.

Aging men are often seen with symptoms of low dopamine. Dopamine activity is usually dependent on the testosterone in men. In case of women it means low progesterone.

In case of functional medicine, the underlying factors related to low hormones are usually investigated. There are many people who need bioidentical hormone replacement therapy which helps in addressing low hormone problems and the related low dopamine symptoms.

Though it is quite important to find out the reasons why dopamine is low, people who suffer from low dopamine, usually have poor motivation symptoms. Thus, it is quite challenging to let them comply with the different changes in their lifestyle or diet, which can help them.

In such situations, supplemental dopamine can help in motivating and can also consider their neurotransmitter imbalances.

There are a number of ingredients which have helped in supporting dopamine which include mucuna pruriens, which is also known as cowhage. These include beta-phenylethylamine, L-phenylalanine, amino acids D, and N-acetyl L-tyrosine. Other products like blueberry extract, selenium, alpha lipoic acid and Vitamin B-6 (P-5-P) offer the additional support needed.

All foods which support dopamine usually contain high quantity of phenylalanine. These include a number of animal products along with chocolate and oats. Phenylalanine is an important amino acid, which cannot be produced by our body and we need to have it through our diet only. Vegetarians and vegans need to ensure that they are having enough of such an amino acid.

In case, you are having enough animal products, but you still suffer from such a deficiency, having foods which are rich in phenylalanine, will also not make much of difference.

​It is essential to have a diet which helps in stabilizing the blood sugar. Having food which is rich in processed carbs or high sugar foods regularly can completely sabotage the dopamine activity.

Besides this, enough iron is required for creation of dopamine. If you are suffering from iron deficiency, it can explain why you are having the low dopamine symptoms. There are several reasons which can cause iron deficiency. These include uterine fibroids, gluten intolerance and also anemia.

In case you are doing your best to support the dopamine activity, you need to increase the dose of dopamine precursors, once you start seeing the effects. This is all about trial and error. You can again increase the dose so that you can experience any kind of improvement. If there is no more improvement, you can get back to the previous dose, which helps in improving.

How often should you take dopamine support to ensure that it works well for you?

In case dopamine leads to a lot of fatigue, the neurons which are affected by dopamine might be fatigued, though you might be in need of dopamine support. It is important to address different problems related to oxygenation, brain inflammation and general support.

Just as dopamine is necessary to feel good, it is quite essential to remove dopamine too from the system. Thus, dopamine activity is now more decent. For properly clearing out dopamine, it is necessary to have folic acid, methyl donor, magnesium and methyl B-12.

There are a few conditions which can hamper easy clearance of dopamine. These include excessive exercises, estrogen replacement therapies, stomach acidity which is low and use of dopamine based anti-depressants for a long time.

Get in touch with my office for functional and nutritional neurology support in case of low dopamine. A good way of building dopamine when you are with low levels of motivation is to do one positive thing in a direction and that too regularly. For example, if you wish to develop an exercise habit, you need to begin by doing one push up daily and then you can increase it from there. This will provide you with a positive feeling of accomplishment. It is excellent in building dopamine pathways.

Leave a Reply Suffering from Low Self Worth? Get the Dopamine Test Done Cancel reply