Is your Memory Slipping? A Brain Chemical Might Be Low 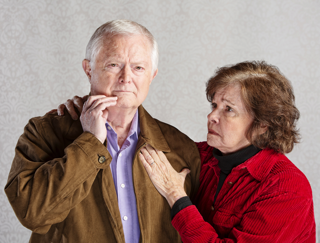 Is your memory slipping? Do you often get lost on some of the most common routes when you are driving? Your brain might not be working as it should be. It is essential that you are aware of an important brain chemical or a neurotransmitter which is known as acetylcholine. If you start noticing some early signs of acetylcholine activity, it can be a red flag for Alzheimer’s or dementia. Also, it needs to be noted that symptoms of early dementia and acetylcholine are the same almost.

Acetylcholine is an important neurotransmitter, which functions to convert short-term memories into long-term. This usually happens in an area of the brain known as hippocampus. This is also the area of brain which slowly degenerates in case of Alzheimer’s and dementia.

Check for signs of poor acetylcholine:

There are some other symptoms associated with poor acetylcholine activity. It includes forgetting some common words, forgetting about what you are talking about just in the middle, problems in counting number (counting backwards) and also diminished mental processing.

Low acetylcholine also means poor memory or poor spatial orientation. It also means losing the sense of direction or getting lost when on some of the most traveled routes.

These should never be laughed off, if these are happening quite often. These are indeed red flags – it’s a sign that the brain is slowly declining in function and health wise.

Besides applying various functional principles and protocols, it is also quite essential to find if supplementing with acetylcholine can be helpful. In case you have a hereditary risk, this is a good tool kit. Your memory might be just fine and risk low as well, still acetylcholine can help in optimizing your brain function and help in better performance.

There are several botanical compounds and nutritional products, which help by supporting healthy acetylcholine and helped in keeping the brain protected from Alzheimer’s.

Here are a few compounds which are quite effective in boosting acetylcholine activity:

L-Huperzine A: This is quite an effective compound which is effective in case of acetylcholine activity. It also helps in cognition and memory.

Alpha GPC: This is an easily absorbable choline. It helps to raise acetylcholine levels which helps in improving cognition. This is also known to be quite effective and helps with stroke recovery.

L-acetyl carnitine: This is an amino acid, which activates the acetylcholine receptors. It can help in delaying progress of Alzheimer’s and often improves cognition.

Pantothenic acid: It is B vitamin (B-5) which helps to increase acetylcholine levels of brain.

If you are taking compounds for supporting acetylcholine, the quantity you are taking doesn’t depend on the body weight. It often depends on your need. You need to start with the desired dosage. This can increase till you notice the benefits. Try and see if it helps in continuously improving or if you have found the suitable dose. If you have too much of it, there can be negative symptoms which can be in the form of increased gut motility, nausea and also muscle cramps. There are a few signs which suggest that it might help you include better mental clarity and improved memory.

How often should you have it is also dependent on your health condition. It can be taken once in a day or even three times.

If you are taking acetylcholine and you develop fatigue, it doesn’t mean that the dose is not good for you. It means that such neurons are quite fragile. The acetylcholine support has actually pushed them over the edge. In case this happens quite happen, you might need small doses to get started. It also means that your brain is quite fragile. You need to get started with small doses.

If you start feeling nauseous, just as you take acetylcholine, it is certainly a red flag. It means you need the support of vagus nerve. This nerve runs just between the gut and brain.

Those who are vegetarian or vegan, the acetylcholine support is necessary since the dietary sources of it are usually found in various animal foods. These include:

It is quite essential that you have plenty of acetylcholine through your diet. This is because if you do not do so, the brain will slowly break the healthy brain tissue so that it is able to provide itself with the necessary compounds which are essential for making phosphatidylserine and also phosphatidylcholine.

Though acetylcholine support is essential for cognition and memory support, this is not a magic bullet. The brain will still require a good supply of oxygen which is through healthy circulation. It requires a continuous energy source and this is usually from a diet which provides the right stimulation and helps in stabilizing the blood sugar.

In case you do not exercise on a regular basis, it challenges your brain. The brain gets much needed support through a healthy lifestyle and diet. If this doesn’t happen, the brain starts declining – no matter how much supplement you need to have.

You can get in touch with my office to know how functional neurology helps in improving the memory and how it helps in lowering Alzheimer’s and dementia.

Leave a Reply Is your Memory Slipping? A Brain Chemical Might Be Low Cancel reply