Heartbreak and Grief Can Result into Physical Illness 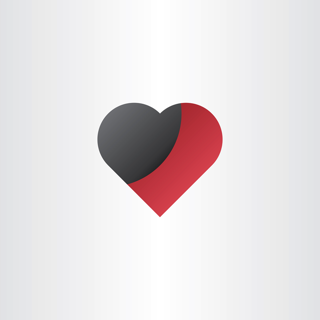 You must have heard about ‘Death of a broken heart’, but many people do not usually realize that it actually happens. Excessive stress due to grief can cause damage to the heart. It also leads to an inflammation of body.

Grief is quite powerful and can even stop many of us from functioning in a normal way. Mortality rate in people who are widowed in just six months after the death of spouse decreases over a period of time. In such accounts, heart disease is the major cause of death.
Picture
It is known for a long time that inflammation can be quite harmful and can be a lot damaging for the body. It is said to be one of the major reasons of autoimmunity inflammation, obesity, cancer and also heart disease. Inflammation is said to be the main cause of neurodegenerative disease which includes Parkinson’s and Alzheimer’s.

According to a recent study it is known that a broken heart is not just a metaphor. It is the major cause of many physiological changes which occur when a person is quite under emotional stress.

It is known that subjects who have lost a spouse have reported about elevated grief’’. Such subjects had their inflammation levels as high as 17%. This was higher than those who did not feel as strongly. The top third subjects had this 54% higher than bottom third. Thus, it can be summed as grief can kill through inflammation.

These findings were suitable for both men and women. These are particularly suitable for elders.A second study was conducted which looked in the ‘broken heart syndrome’. This is a rare but quite a serious condition. The heart weakens and it starts bulging which leads to extreme stress, quite as in grief. Such a disorder usually strikes women who are above the age of 55. The condition is often fatal but it can resolve over a period of time.

Research has found that such a syndrome is linked with the process the brain controls the nervous system and also stress.

Researchers have found that people who have survived broken heart condition, it was seen that signalling was quite deficient in various parts of the brain. These parts were usually associated with stress and emotion. Thus, it led to reduced calming after grief.

It can be said that a broken heart usually starts in brain. You need to ensure brain support through your grief. Though, it takes a lot of time to overcome grief, there might be a few ways which can make the process easier.

There are a few compounds which offer stress and pain relief. Grief is often caused due to physical pain. Emotional and physical pain is usually processed in the same area of brain. Such natural pain-relieving compounds can help:

You can now reduce inflammation. When going through grief, it is possible that the inflammation level is high. You can do your best to keep it calm through some of the methods mentioned below:

Let your body rest. Grief can be quite exhausting. So, you need to support your body by following the methods below:

We need to grieve, but when we start losing the meaning of life, it can be quite dangerous.
In case you are stressed, you can contact my office and find more about the response of the body. You will learn how to mitigate its various effects.