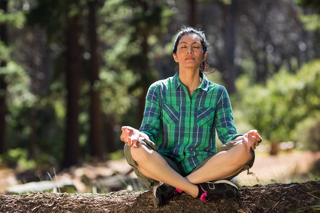 As we keep aging, our brain starts shrinking. As the brain tissue is lost, it causes loss in function of the brain as well. However, there are a few things, you can do to stop this. Our brain is a lot malleable or it is plastic. This means that it adapts and it grows readily to stimulation and input. Quite like muscles, the brain usually operates on the principle of “use it or lose it”.

Studies have revealed that those who meditate for at least 7-9 minutes have their grey matter increased in different sensory areas, when compared to different control groups. It is known that such a meditation helps to be mindful of the body, the breath and also various physical sensation. It helps in finding relief from hamster wheel which is the human mind.

The good news is that you do not need to meditate for years in order to change the brain.

Bring A Change in Your Brain in Just 8 Weeks of Meditation:

There was a follow-up study which revealed that meditating daily helps in thickening many important parts of the brain. The 50-year olds were displaying some quantity of grey matter when compared to people who were half their age.

With Meditation the Following Areas of The Brain Thickens:

Meditation is known to shrink amygdala. This is that section of the brain which builds aggression, anxiety and fear. It helps in reducing overall stress.

All participants were asked to meditate for at least 40 minutes. They still showed good results, even when they meditated for an average of 27 minutes. There are other studies which revealed that meditating even for just 20 minutes a day, helps in bringing positive changes in mind.

If you meditate before you exercise, it helps in reducing depression. This is more helpful that meditation or exercise along.

Meditation isn’t just about mindfulness practice which helps health and improves overall brain function. The benefits are many, especially if this is a daily routine. The following additions need to be satisfied.

Just after 12 weeks, it was seen that both groups should an improved cognitive function. The yoga group reported better mood and improvement in their ‘visuospatial’’ memory. This is quite necessary for improved balance, ability to navigate the world and depth perception.

Tai Chi – According to the latest study, it is known that Tai Chi is quite effective and protective for the brain. The subjects did just an hour of Tai Chi in a day and for 12 weeks. After this study, it was noticed that they reported higher level of brain compound. This indicated better plasticity and generation of new neurons. This means better ability of the brain to create neuronal connections and also pathways. These functions are quite paramount and are quite helpful in keeping the brain protected from the signs of aging.

There is one more brain benefit of Tai Chi. It helps in maintaining proper balance.

Are you able to stand on just one foot quite easily? What happens if you close your eyes? If you close your eyes, you should be able to. In case of poor balance, it means that the cerebellum or the specific part of the brain which is responsible for coordination and also balance is quickly degenerating.

A cerebellum which is quickly degenerating will not make you unsteady. It will lead to quicker degeneration of the remaining part of the brain.

There are many other symptoms which are closely associated with poor balancing problems.

Tai Chi is a popular Chinese art which is totally based on breathing exercises along with series of slow and flowing motions, which are wonderful for improvement of balance.

There are other ways which help in preventing or slowing down brain degeneration problems which includes functional neurology rehabilitation, anti-inflammatory diet, daily exercises and complete optimization of the brain. There are many functional medicine protocols which help in reducing inflammation and also help in reversing chronic health problems.

Get in touch with my office to understand how we can help in preventing Parkinson’s disease, Alzheimer’s and also different neurological diseases.