Botox Injects Can Impact The Brain 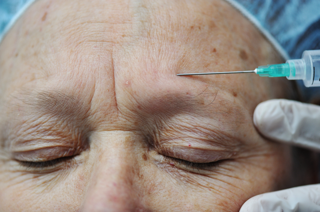 Today, millions of people around the world receive Botox injections, to reduce the lines which are associated with the natural process of aging. However, these wrinkle reducing shots are known to have an impact on brain health. Research has revealed that Botox does make it way to the central nervous system.

Studies on rats have revealed that when an active ingredient present in Botox is injected, this ingredient was also found on other side of brain. It was also revealed that Botox when injected into the rat’s whisker moved to the brain.

In these studies, purified or potent kind of toxin was used and not the usual diluted ones which are used in cosmetic injections. However, its ability to move to the nervous system has always raised concerns.

Botox and Brain Signals from Hands:

According to a Swiss study conducted on humans, it was found that Botox affects different areas of brain which are related to the hands. The hands and face usually occupy a section of brain which neighbors the other. Researchers found that Botox had a paralyzing effect on face, which inhibited a kind of sensory input to brain in such an area. Thus, it altered the brain mapping of hands.

Researchers have revealed that in case of movement loss in face due to Botox injections can also affect the touch sensation of both hands. This needs a lot of studies to help in understanding if Botox affects various other sections of the body.

Botox Affects the Ability of Brain to Read Facial Expressions

It can also be said, that Botox injections usually hinder the empathizing ability of an individual. It reduces the ability to feel even your own emotions.

It is known that different cosmetic fillers are equally harmful for brain.

There are many fillers, besides Botox which helps in reducing the different signs of aging which have many risks. Many people have mentioned that filler injections block the blood flow to eyes. It leads to blindness. There are more than 50 reports which suggests that this happens.

Fillers might also get into the artery which feeds the brain, which might cause a stroke. There are four reports which suggest this.

When you compare it to millions of people who use such fillers, such comparisons are usually rare but it is crucial that the users are aware of such complications.

Reports About Fillers and Botox Are Common

Fillers and Botox is quite easily accessible and there should be more studies which will evaluate the safety. There are many reports on beauty forums and a lot of frightening picture does exist, which any average person is usually not aware of.

For instance, many Botox users claim that they suffered from pain, problems in breathing, brain injury and brain injury as well when Botox injections are received. There are many other complaints on online forums which include dropping eyebrows and eyes, pain, depression, dizziness and panic attacks.

The famous watchdog group Public Citizen has found that Botox was directly linked to as many as 180 life threatening conditions. There were 87 hospitalisations and more than 16 deaths during the 10 year period. There is not much regulation about Botox, but it is known that the side effects are quite harmful and are often not reported.

There are many side effects of Botox which are reported which include drooping eyelid, respiratory compromise, difficulty in swallowing, muscle weakness, sacoidal granuloma, flesh-eating disease and pseudoaneurysm of temporal artery. It also leads to abnormal curvature of the spine in the neck, Fournier gangrene and death due to anaphylactic shock.