Pregnancy and Its Role in Triggering Hypothyroidism 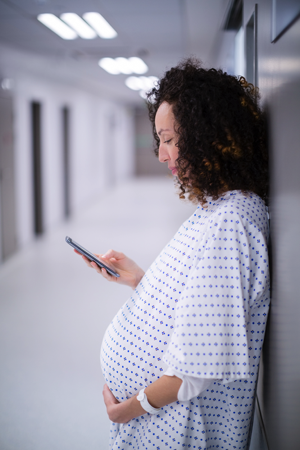 In case of several women, it was noticed that their hypothyroid symptoms started during pregnancy or a little later. Majority of such women were diagnosed with Hashimoto, which is an autoimmune disease, that attacks and also destroys their thyroid gland. Often it is seen that pregnancy, triggers Hashimoto which is mainly due to shift in immunity which leads to the immunity system getting out of control and it starts attacking the gland.

There are different factors which are responsible for developing Hashimoto during pregnancy and childbirth. It includes shifts in the immune function, in third semester. It also means shift in immune function and shift in hormone function along with increasing problems in the form of gut infections, food intolerance, blood sugar imbalances and several other autoimmune diseases which may or may not be diagnosed.

Women constitute a large part of the population who struggle with autoimmune condition. 75% women suffer from autoimmune diseases, since women tend to have a complex hormonal system which involves a lot of fluctuations. The immune functions and hormones are closely tied. If there are hormone imbalances, it can lead to chronic inflammation which also triggers autoimmunity.

Pregnancy Causes Fluctuations and Increases Underlying Imbalances
During pregnancy, there is a shift in immune function which triggers autoimmune diseases. Women go through a lot of immune shift, as they move towards the end of pregnancy and right after the childbirth. All these are natural shifts which are aimed to help in protecting the baby.

In the third semester, the immune system of the pregnant women is a lot weighted towards the TH-2 system. Such arm of this immune system is actually the delayed immune reaction which produces different antibodies, which helps in identifying the foreign invader, just a little after it gets into the body. Such a response helps the body in recognizing the invader in future.

As the baby is born, the body of the woman starts becoming more TH-1 dominant. It is the arm of immune system which reacts quickly to a foreign invader, which can be with the formation of development of pus or a swelling around the splinter.

People who suffer from an autoimmune condition or at a risk of developing the dominant TH-1 or the TH-2 of the immune system.

The immune swings caused by childbirth and pregnancy leads to a tip in the existing imbalanced immune system to a complete condition known as Hashimoto’s hypothyroidism.

Relation of Pregnancy and Pituitary Function

It is known that 90% of the hypothyroid cases are due to Hashimoto. The condition is caused due to chronic stress. Just as all moms mention that childbirth and pregnancy can cause plenty of stress.
If there is chronic or extreme stress, it causes reduction in the function of the pituitary gland. This is a tiny gland which is located just at the base of brain. It works like a control tower for the hormones of the body. It tells the different glands how much hormone is to be secreted in a response to internal and external cues.

Chronic stress can affect the pituitary gland and can depress its function. Thus, the pituitary gland falters at the job and tells the hormone glands of the body to secrete hormones. For thyroid gland, it means that it is not told to release adequate quantity of thyroid hormone.

This causes several problems and various other hypothyroid symptoms which explain postpartum depression in several women. Stress doesn’t mean you have a demanding job or a bad traffic situation. There are several women who enter pregnancy because of great stress, which they might not be quite aware of:

So, do you feel you are at risk?

Get yourself screened. You can screen yourself for the risk for Hashimoto before you decide to conceive. This can be easily done due to TGB and TPO antibodies. There are several people who have autoimmune mechanisms which are already in the place, but they do not have any symptoms. However, with pregnancy, the body gets into a shock and can send the lady to the edge of autoimmune expression.

In case anyone has Hashimoto in the family or anyone suffers from autoimmune diseases in the family or there is an inflammatory condition, it does help to stay safe when you are pregnant. You have the scope to utilize all the functional medicine strategies which helps in slowing down or sending into remission, the autoimmune condition.

Studies have revealed that women with no thyroid problem, but those who have positive blood serum TPO antibodies are at a higher risk of developing such an autoimmune response to the thyroid problem.

Reducing all risks of eczema, allergies, autism and more problems in your baby

When functional medicines are used for managing autoimmunity or to reduce the risk of autoimmunity, it goes a long way to ensure good health for the mother and the child. Babies born to mothers suffering from autoimmunity conditions such as Hashimoto. It shows increasing risk for different health disorders which includes autism, eczema, food allergies and also food intolerance.

Researchers have found that autoimmune disorders are responsible for several instances of autism. This is caused due to autoimmune attack against brain. It might be autism or any other kind of immune disorder, kids born to mothers with an imbalance in immune system are often vulnerable to different environmental triggers, which can tip them over total autoimmunity.
Triggers can be in the form of food intolerance, imbalances in blood sugar levels and toxic chemicals which get introduced in bloodstream.

It is true that no one likes to bring these hardships on their children but in reality, such a modern immune system is known to face different kind of burden. When one is pregnant and there is understanding to manage or minimize the impact of such burdens, it can help in minimizing the risk. In case you already have Hashimoto during pregnancy or just after childbirth, a bit of understanding can help in better management.

Get in touch with my office to understand the main cause of Hashimoto’s hypothyroidism.