Not Able to Lose Weight – Check out 9 Possible Reasons 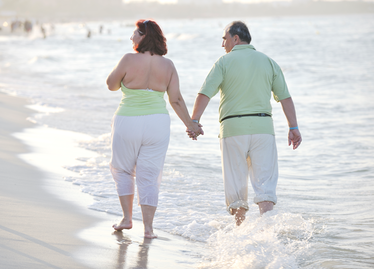 For many people losing weight is an easy task. All that needs to be done is cutting out sweets and sodas from diet and regular exercises. In case of many others, or those who suffer from health disorder conditions, weight loss appears to be an impossible task. Instead gaining weight seems easy, in spite of all efforts made to lose weight.
​
Resistance to lose weight or weight gain is a common symptom and often seen in people who suffer from chronic health problems. Quite different from the belief that not able to lose weight is a flaw of character, it is fact that if in spite of all efforts if one is not able to lose weight, there might be a problem with the metabolism, the immune system or the neurological health.

Fat shaming is quite accepted now, especially in specific health spaces and when it is against women. However, the truth is that obese or the overweight people might be actually following some great lifestyle practices and they might be following healthy diet. In fact, this is something they actually have to follow. If they try out something else, they might just balloon out more.
​
Instead of torturing yourself more if you are not able to lose weight, especially the one which you have gained mysteriously, you need to follow and understand some causes, which might be applicable for you.

9 Probable Reasons Why You are Not Able to Lose Weight – none of these are due to indiscipline or your lazy nature.

1. You are a Long Time Dieter:
Thanks to the billion-dollar diet industry, low calorie diet is now actually a way of our lives. There are some unrealistic standards and body images which we try to achieve, which leads to continuous dieting. This might be simply great when you are young but as one ages, the metabolism starts slowing down due to continues famines.

If the human body faces a famine like situation, it starts responding by lowering the metabolic rate. Thus, fat storage increases. Thus, due to this even after consumption of a low-calorie diet, you can still remain fat. This is one of the reasons why diets are known to succeed in the long-run.
​
Such a phenomenon was illustrated through a study. Participants from the famous reality show known as The Biggest Loser played a role in the research. It was known that after 6 years of participating in the show, it was found that the researchers were burning 800 lesser calories daily. Many of the participants chose to get back to their weight they had before the show. It is known that the participants had to consume 400-800 lesser calories so that they do not gain weight.

2. Your Hunger Hormones Are to Blame:

​Those who eat a lot of sugar, processed carbohydrates in the form of white rice, pasta or bread or even too much of desserts are known to have leptin resistance. This causes the hormones to go out of their normal behavior and the individual faces more hunger and there is more food craving. If a person can eliminate or completely minimize the consumption of processed foods or carbohydrates and one exercises on a regular basis, it helps in improving leptin sensitivity. Thus, the fat burning process and the excess hunger cues get back to normal.

One prominent reason for weight gain and resistance to weight loss is hypothyroidism. One of the common causes of such a condition is Hashimoto’s. This is an autoimmune disease which damages the thyroid gland and it attacks the system. Thus, it is seen that many several people are not able to lose weight even after they start taking thyroid medications. It is crucial that you address the various causes of Hoshimoto’s hypothyroidism, so that you can not just lose weight but can also improve the overall health.

It is possible that you are suffering from chronic inflammation. In case of chronic inflammation, the hormone functions and the metabolism get imbalanced completely. As a result, fat burning is reduced and fat storage increases. There are several people who experience weight loss just as they follow a healthy lifestyle and anti-inflammatory diet. If you consume foods which are high in nutrition and do not have inflammatory triggers can help you in managing pain, tackle your problem related to high blood pressure, provide relief from autoimmune diseases, help in anxiety, depression and offer relief from many other health problems.

5. You might be suffering from brain function problems or had a brain injury in the past:

There are many people who have suffered brain injuries and concussions in the past and found that they have gained weight after an injury and somehow unable to lose it. It is seen that brain injuries lead to inflammation. Such an inflammation does affect the normal functioning of brain. It also has an impact on the immune system, hormones and metabolism which causes gain in weight as the fat burning mechanism is slowed down. It is also seen that people who have suffered brain injury are fatigued quite easily, they have exercise intolerance, they are depressed and have different symptoms which cause hindrance to the weight burning mechanism.

6. Mold Illness Can Be A Reason:

Recent studies have revealed that mold illness is the cause of several health disorders. It is also responsible for weight loss resistance and weight gain. It is known that a significant number of US population is at a risk of mold illness. This is mainly due to byproducts of the molds and the toxicity from nycotoxins which has an impact on the neurological health, the immune system and the metabolism which causes weight loss resistance and also tremendous weight gain. In such a situation, it is not the usual black mold, but the one which is found in buildings due to water leakage and damage.

It is also possible that you were born with the problem. Research has revealed that the gut microbiome or the gut bacteria has an impact on our health which includes our probability to stay heavy or to stay thin.
There are many factors which have an impact on the gut microbuome, which include the way of being delivered through C section. If the individual was breastfed or formula fed and also how frequently antibiotics was used during childhood.

8. Victim of Abuse During Childhood, Have Gone through Sexual Assault Trauma or if one has PTSD:

After a research of more than two decades to find out why some people, especially obese people gained back the weight they lost, there was an accidental discover. It was found that most of the subjects had felt sexual abuse during childhood or they were sexually assaulted and soon they started gaining weight. Such a situation results in a condition known as PTSD or which is known as food addiction to cope. In the same way researchers found a good correlation between PTSD in females and food addiction.

9. You Might Be Having a Disorder Which Promotes Eating Disorder and Food Addiction:

You need to search for all causes of weight loss resistance and weight gain so that you have a self compassion!

Hope this article has helped you in understanding some of the many reasons which are responsible for chronic weight gain struggle and also weight loss resistance. We have many lucrative opportunities to have sugar coated drinks and foods, tempting us through advertisements. However, the diet industry and the pop culture does value and appreciate human worth totally based on thinness.
​
As a result, millions of people and mostly women develop a sense of shame when they are obese. It needs to be understood that it is a real sickness and nothing related to the individual which needs to be address. Our body is quite a miraculous machine. It provides continuous service. We start learning to live and to eat in such a way, which helps our body to stay in good health and function well, irrespective of the size. Get in touch with my office to know, how we can help.