Is Depression an Inflammatory Disorder? 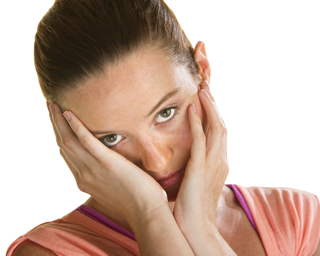 In the United States, depression is a common mental disorder, affecting more than 16 million people in the country. In the last 15 years, the use of antidepressants has jumped by 65%, with 1 in every 8 Americans (over the age of 12 years) using these antidepressants.
​
The statistics are indeed alarming and unfortunately, the main reasons for depression are still unaddressed. Quite like an injury or a pain in any part of the body, depression too is a symptom which needs attention. It means that the body isn’t in perfect balance and needs care. Trying to find the root cause of depression is the only way to address the problem.

In functional medicine, the body is considered as an integrated whole, where all parts work in coordination and influence each other. If you have studied human psychology, you will agree that it doesn’t make sense in isolating and treating a single part of the body. A brain in depression cannot be treated, without considering the complete health of the individual.
​
There are many causes of depression, which includes imbalance in blood sugar level, hormonal problems, immune dysregulation, gut related problems, and gut microbiome dysfunctions. Such reasons can cause brain inflammation. Scientists believe that this is the most common reason for depression.

When antidepressants are used, they target the chemicals of the brain – also known as neurotransmitters. These govern several factors which include motivation, mental activities, and mood. There are a few natural remedies like Saint John’s Wort or 5-HTP which can also target neurotransmitters.

But, as per the latest research, depression is generally due to inflammation. However, the new research doesn’t consider the above model.

​Firing Between Neurons Reduce Due to Brain Inflammation

The emotions of feeling content or happy instead of being depressed is dependent on the neurotransmitter production and activities in the brain. With brain inflammation, there is sabotage of serotonin and dopamine synthesis. These are the two main neurotransmitters closely related to depression.

Dopamine is the “pleasure and reward” neurotransmitter. The indications of poor dopamine activity include:

Serotonin is for happiness – it is “joy and well-being” neurotransmitter. Indications of low serotonin are:

As the level of dopamine drops, a person loses drive and motivation. With a drop in serotonin, the person starts feeling low, loses mood, happiness, and satisfaction in the things which were once quite a favorite.

It might seem to be a problem with the neurotransmitter, antidepressants do not have any effect as they do not treat the inflammation which is the main cause.

Microglia cells and neurons are the two main cells which make up the brain. Microglia cells are the immune cells of the brain. They are responsible for healthy neuron function; they respond to foreign invaders and help in removing debris and plaque.
​
But, these immune cells, do not have an off-switch like body. They can be triggered by blood sugar instability, stress, alcohol abuse, inflammatory food, infection, bacteria in the gut, poor gut health or other conditions. They can become overactivated in a bid to protect the brain. But these usually do not turn off later. They can stay in such an overactive state for a long time, usually triggered by lifestyle choices and poor diet. This is the main cause of depression and brain inflammation.

Now, you know why people do not usually respond to antidepressants and why it is so important to address the main problem of depression. If this doesn’t happen, the brain inflammation continues, and it can increase the risk of Parkinson’s, dementia, Alzheimer’s or other brain deterioration diseases.

Get in touch to know how functional medicine can help in reducing brain inflammation and slowly overcome depression.

Leave a Reply Is Depression an Inflammatory Disorder? Cancel reply