How Pollutants Can Lower Sperm Count in Humans and Dogs 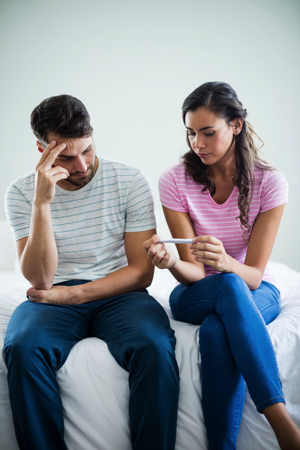 Infertility is now a major problem. In the last three years, there is a lot of focus on women’s reproduction. It is seen that in 40-50% CASES, infertility is mainly due to male infertility. According to the latest research, it is known that sperm quality has dropped by as much as 50% in 80 years. It is also known that the sperm quality of dogs too has declined in the last few years.

According to the latest study, pollutants present in the environment and the foods we consume have a great influence on male fertility.

According to a British study, there are two main pollutants which have an effect on the sperm quality of men as well as dogs. For this study, a review was made on the common plasticizer, which is a part of the environment. Also, polychlorinated biphenyl 153 which is an industrial chemical was also considered. Though the chemical is now banned, it is still present in large quantities in our environment and in the foods we consume.
Picture
It is known that when sperm gets exposed to both such chemicals, it damages the sperm. There is reduced sperm motility along with fragmented DNA in sperm. It is known that male infertility is directly linked with DNA fragmentation of the sperm. There are several studies which link poor sperm quality with pollutants.

There has been a decline in the sperm quality since the rise of industrialization.
Research has revealed that in the past environmental pollutants not only had an impact on male fertility, but they also increased the risk associated with testicular cancer. It is also known that poor sperm quality is linked with chemical exposure.

​Industrial pollutant cause havoc and so do dietary pollutants in the modern American diet. Processed carbohydrates and foods which are high in sugar raise insulin and blood sugar levels.

Consuming a diet which is rich in such sugar spiking ingredients can result in increase in the production of estrogen. This might give him a little more feminine characteristics and can also impact the fertility level.

​Men who have excessive estrogen often suffer from high blood pressure, high levels of triglycerides and cholesterol, resistance to insulin, increased weight gain, development of hips and breasts and also increase in varicose veins. There are many men who even have hot flashes due to elevated levels of estrogen.

There are a number of factors which are known to be contributing to estrogen dominance in men. These include some estrogen mimicking chemicals which are usually found in different environmental chemicals and pesticides, problematic liver detoxification and also gut infections. But the main reason is the high-carbohydrate diet.

When a man consumes a diet, which is high in sugary foods and starch such as potatoes, sweet coffee drinks, rice, pasta, bread and others, it produces insulin so the blood sugar decreases. This kind of diet is known to trigger aromatase which is an enzyme which is known to synthesize estrogen. With such a level of activity, there is insulin resistance. The insulin is not able to move glucose to the cells and this leads to hormonal imbalance.

How to Manage Excess Estrogen in Men

If you use testosterone gel can help. The extra testosterone actually gets converted to estrogen, all due to the presence of aromatase. Such an excess testosterone can cause testosterone resistance, which can worsen the symptoms. There is a hormone panel which includes various levels of estrogen and testosterone, which reveals some reasons for imbalance, can be a good course of action.

It is agreed that the environment cannot be got rid of pollutants, but we can minimize the exposure and provide relief to our bodies. Replacing different toxic items from the home, ensuring house cleaning, body care and various non-toxic alternatives can help in liver detoxification. It also helps the stress handling ability of the body.

Lastly, ensuring a healthy diet and bringing in lifestyle changes to support healthy testosterone can be of great help. Get in touch with my office to know how functional medicine therapies can help in supporting male testosterone and deal with fertility issues.