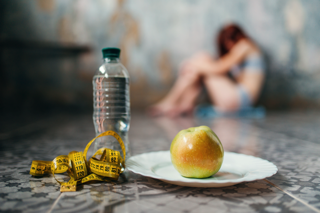 Studies prove that those suffering from anorexia usually had some low diversity of the gut bacteria. This was when in comparison to healthy individuals. Also noticed is that lesser gut microbiome implied depression along with anxiety in patients. ​Research has revealed that patients suffering from anorexia started eating as their gut bacteria diversity was restored, which meant there is recovery. It is known that alterations in gut microbiome influences how the body functions, how a person thinks, behaves, feels or how the person interacts with others.

Gut microbiome is quite critical, as it not just regulates the behaviour but also regulates the mood. It also plays an important role in weight management, appetite control and also metabolic function. When there is a better knowledge about gut microbiome in patients suffering from anorexia, it helps researchers in their search for new directions in treatment. It also helps in determining the weight goals, in understanding how quickly an anorexic patient can gain weight and the kind of diet an anorexic patient needs to follow, when supporting the role of the brain with eating disorder behaviour.

All researchers are now trying to find, if specific targeted probiotics can help in renourishment and also in the refeeding phase, when a patient is going through anorexia recovery. There are many patients who struggle with conditions of abdominal distress and gastric problems when foods are reintroduced. A specific customized probiotic therapy supports different emotional and mental aspects associated with recovery in case of eating disorder.
​

Studies reveal a direct link between eating disorders and gut microbiome, which is known to affect at least 5 – 10% of population. According to a study from France, conducted in 2015, it is known that gut bacteria has a significant role in eating disorders.

The study considered a mice, which had inflammatory reaction towards a protein which is made by the gut bacteria. The mice responded in a way as if they were allergic or developed sensitive. Such an immune response was caused due to eating disorder of the mice.

When the immune system mistakenly attacks the body

Such a study proves about “cross-reactive” immune reaction. In this the immune system generally confuses infections.

It is also known that there are a few eating disorders which an immune reaction might also have, which leads to the psychological disorder.

How to Tackle Eating Disorder Nutritionally

Eating disorders can be quite complicated but they need intensive and at times multi-faceted approaches. It is important to consider mindful strategies which will support the brain and the gut microbiome.

Get rid of processed carbs and sugars as they lead to addictive tendencies metabolically. The blood sugar needs to be stable to curb all food cravings, continuous hunger and obsession with food. There might be a requirement to have frequent and small meals daily, which includes protein intake.
The diet can be based on a variety of vegetables which can keep changing to include a diversity. It will help in increasing diversity of gut microbiome, which helps in promoting psychological health and also stability.

Support to the brain chemicals also known as neurotransmitters. Such Neurotransmitters are known to affect the mood, behaviour patterns, thoughts relating to yourself and also about how you feel and also function. For example, you might need dopamine and serotonin support. Serotonin is a popular neurotransmitters which helps to enjoy life and keep away depression.

Dopamine is essential to feel motivated and increase self-worth. Besides, it also prevents any experience related to constant cravings. Dopamine and serotonin are known to play an important role in eating disorder. In case you are starving, you have been under eating, purging and also binging, it might be due to any kind of eating disorder. It is possible, you are deficient in both the neurotransmitters.
Get in touch with my office for any advice on how to support with healthier approach.