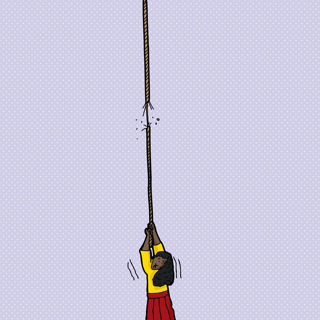 A few doctors can successfully manage an autoimmune disease – this is a condition when the immune system attacks the body. Researchers reveal that this is considered an epidemic in the present times. Thousands of people are affected by the condition – more than cancer and heart disease combined. As per conventional medicine, the origins of the autoimmune disease are still mysterious and can be traced to the toxins materials which are present in thousands in the environment.

Autoimmune patients are prescribed anti-anxiety medicines and antidepressants. They are recommended to exercise and lose weight and are often blamed for making up the symptoms. It is known that 75% or more people struggling with autoimmunity are women. This reveals that sexism exists in medicine and can come in the way of improved treatment.

When medical doctors take over the condition with a diagnosis of the autoimmune diseases, it is usually after the disease has destroyed the tissue. The tissue might be in the thyroid gland, a part of the brain or the sheath which coats the nerves. During this point, they are able to offer invasive treatments in the form of chemotherapy drugs, steroids and surgery.
Picture
A few autoimmune diseases are vitiligo, Crohn’s disease, Hashimoto’s hypothyroidism, rheumatoid arthritis, type 1 diabetes, lupus, celiac disease, psoriasis and multiple sclerosis. Though around 100 autoimmune diseases are identified till now, the truth is that there are more than 100 autoimmune diseases which have the capability of attacking any cell of the body.

Autoimmunity – Why is It So Common Now?

Patients suffering from autoimmunity are on the rise: Here are some facts:

Toxic and ‘developed’ are now quite synonymous. More than 80,000 chemicals are still not tested on the humans, which are present in the environment. In the US, more than 5000 chemicals are added each to the environment every year. Blood sampling has revealed that there are hundreds of chemicals present in our bloodstream. It is actually dependent on how many of these are tested. A study on fetal cord blood has revealed that there are 300 such toxic chemicals in the blood of newborn, across the country.

Other studies have revealed the link between different chemicals and autoimmune disease. For example, mercury is known to trigger lupus while pesticides are directly linked with rheumatoid arthritis.
The increasing rate of autoimmune disease is also traced to increased use of high processed food and unhealthy diet and food less in plant fiber. Gut microbiome is compromised which is closely linked to a poor immunity function.

Low levels of Vitamin D and increasing levels of stress, increased consumption of sugar, imbalances in hormones and a sedentary lifestyle – these are all the reasons for rise in autoimmune disease.

If it is about autoimmunity, functional medicine does play an important role.

We will definitely listen to what you have to say. We understand you are not making up stories, you are not lying about your symptoms or you not trying to seek our attention also. We understand that the condition is quite frustrating, its symptoms vary from one person to another and the disease has a real mysterious nature. Yes, we realize that it is quite demoralizing.

Symptoms keep varying and depend on the tissue which is attacked. There are a few symptoms which are quite common and these include brain fog, fatigue, pain, malaise, periods and a feeling of depression. An individual feel like being crushed with low levels of energy and function.

In case of functional medicine, lab tests are used which help in screening multiple autoimmune conditions. It helps in the identification of different autoimmune reactions which are taking place. The condition might not have advanced too much which would cause excessive symptoms. We can help to halt and then to slow down symptoms.

We can carry out tests and find the different triggers in environment, which might cause the attacks. There might be a few foods which you are consuming and which are triggering the condition. Gluten or a few specific chemicals like benzene can be triggers. If you are able to avoid such triggers, you are certainly going to feel better.

If you are thinking about managing autoimmunity successfully, it doesn’t mean you have to think about managing a specific part of the body which is under attack. You need to address the immune system which is causing all the problems. Yes, the immune system is quite complex and needs attention. Thankfully, research has helped us a lot to know about the new strategies which can help in balancing the immunity. It is now possible to slow down autoimmune flares, reduce inflammation and can stop autoimmunity from spreading and causing damage to the body.

Many patients have revealed that the autoimmune disease has helped them in living a balanced and healthy life which they deserve.

Get in touch with my office for additional information and know how you can manage the autoimmune condition.